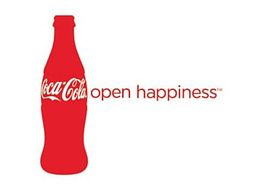 The Coca-Cola company will forever be synonymous with the vending world, mostly because its beverages can be found in snack and drink vending machines all throughout the world. However, the folks behind Coke are getting ready to take their connection to the vending universe to an all-new level, as their latest machines are intended to unite customers from all over.

According to Advertising Age, Coke is attempting to integrate vending machines into their “happiness project,” an idea that they have been working with in various capacities. The company already has a machine you can hug in Singapore, as well as a Turkish machine that gives fresh colas to loving couples. Their latest project, first teased in December, is a high-tech machine that allows users to communicate via webcam to people in India and Pakistan, creating a friendly conversation between countries that have had less-than-friendly relationships.

Whether or not Coca-Cola’s new vending machine can truly change the world, their grand vending vision is certainly an admirable one. Customers could potentially make an unexpected best friend while purchasing their beverage of choice, which is something that cannot be said about everyday drink vending machines. Here’s to Coca-Cola, and the hope that the right technology can be used to make the world a better place